For our latest video, I surprised my son with a Bricklink order box to open. (For those who don’t know, Bricklink is a very useful site where you can buy just about any kind of new or used Lego products from people who have Lego stuff to sell.) I hope kids will have a fun time watching him go through this “Bricklink haul” and building a set with his favorite pieces. But I also wanted to use it as an example for us adult-types of how inspiring a box of unusual, interesting Lego bricks can be when a kid sits down to build. 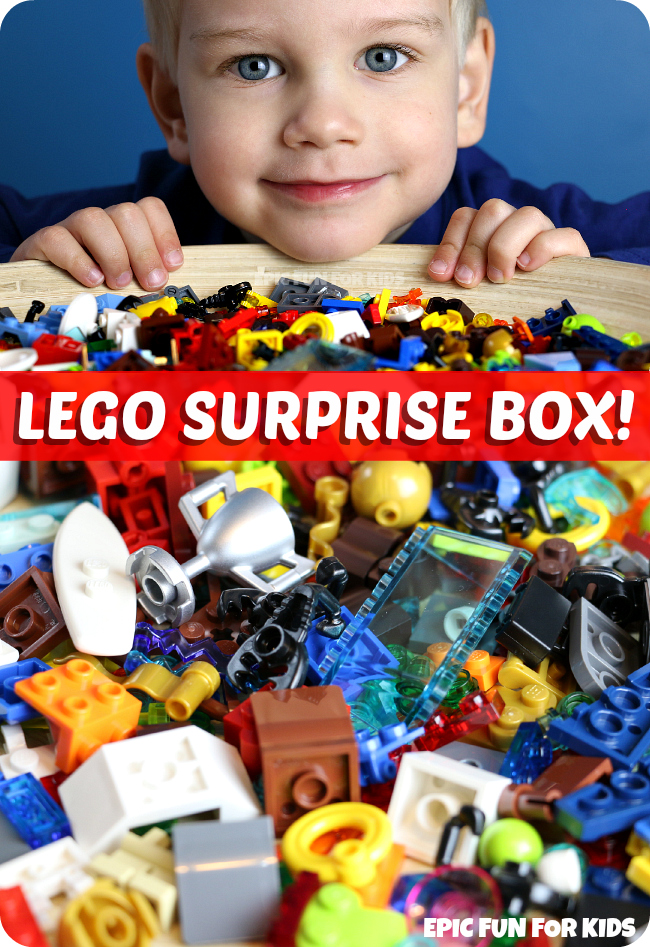 Watch the video — it’s a fun one! — and then I’ll tell you a bit more about how we do this at our house.

My son loves opening “new” toy packages — I put the “new” in quotes because the toys themselves don’t have to be new! He often gets out his favorite toys, finds an empty box or two, and has me help him make “sets” to open up, play with, and sometimes review for a video (usually a pretend one, but sometimes I do go get the camera). One of the most fun boxes to fill for him is his Lego advent calendar from last year. I was amazed at how many building techniques he picked up from putting together a little mini Lego build every day for a month, especially considering he had just turned four at the time.

After Christmas, I anticipated him being sad that the calendar was over, but he immediately had a solution — Mama could fill it all over again for him! I did so happily. I tried to use a similar assortment of types of functional bricks and small plates to what had been in the calendar originally, but without any attempt to put the right parts in to build any of the original models.

And this is where I first noticed the “interesting bricks” effect on his building. He would make the most interesting little mini ships and droids out of whatever I put in the box! It was a great way for him to practice and build on the skills he’d gained from the original calendar, and I tried to include two or four each of some of the bricks in each section of the calendar so that he could practice his newfound ability to build symmetrical ships. 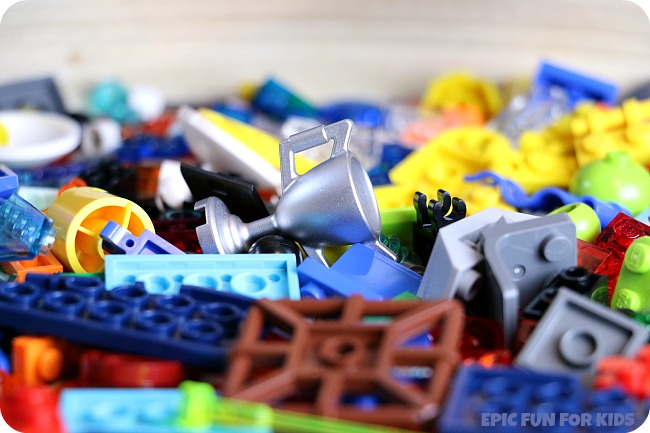 Since then, we’ve found other ways to get that interesting bricks effect.  One of my favorites is to bring home a container of bricks from the Pick-a-Brick wall at the Lego store. Usually, we end up with a large quantity of each of a few different interesting kinds of bricks. For the first few days after we get them, I try to keep them separate from the rest of our Lego collection, which leads to us building with only those bricks. The limited variety combined with the relatively large quantity of each type of brick leads to some really creative building ideas!

I should mention that when I say “interesting” bricks or pieces, I mean anything that is functional (hinges, ball-and-socket joints, bricks with studs on the sides instead of just the top, ropes with studs and hand holds, etc.), or evocative of something to build (wings, control panels, and levers evoke the idea of a spaceship in my son’s mind, which leads him to use the non-spaceship-ish parts I’ve included in new ways), beautiful (translucent pieces, smooth colorful tiles), or just plain unusual.

I also make the “sets” I mentioned my son requesting above with this interesting thing in mind. To mimic a new Lego set, I put an interesting combination of Lego bricks into a few zip-top baggies (we save them with his Lego stuff to use over and over) and put them in a box with the instruction booklet from a random Lego set. (He likes to pretend to follow an instruction booklet with these pretend sets, even though he’s building something from his imagination.) This makes for a great quiet time activity, because he’s usually enthralled for as long as it takes to build the “set”! 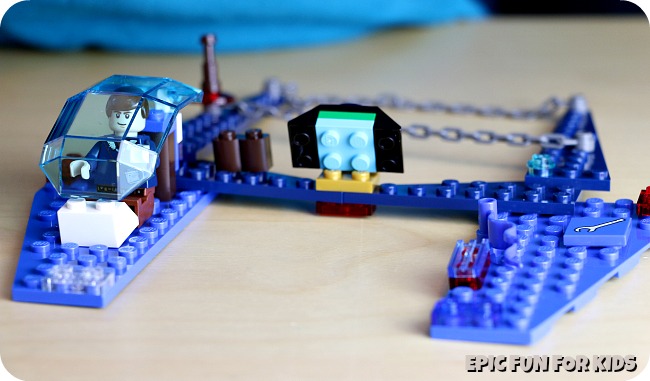 I always love to see what he will build from these interesting assortments of bricks, like “Han Solo’s fix fighter” from the video. (The “fix” part refers to the blue tile with the wrench on the right…I think he flies around fixing things and getting into space battles.)

As a writer, I’ve always felt that putting limitations on a creative project gives your imagination more to work with, so it’s fun to watch my son enjoying that same creative energy boost.