This coconapple smoothie recipe — inspired by one of the LEGO Mixels’ favorite mixed-up foods — is a fun way to to get kids cooking and eating healthy! With a little prep work by me — and supervision, of course — my four-and-a-half year old can make it “by himself”. And it’s the perfect way to get kids drinking green smoothies. After all, the spinach needs to be in there to make the smoothie green like a coconapple! 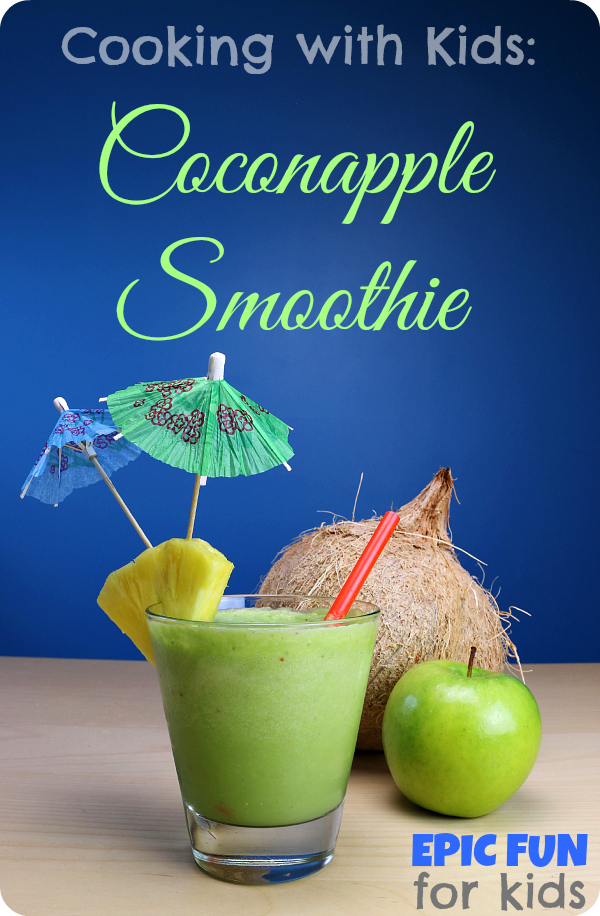 As a parent, I love that the LEGO Mixel sets, for their low price, add many interesting pieces to our Lego collection and demonstrate a variety of building techniques. It’s fun to watch my son master those techniques and go on to build his own Mixes and Maxes and Murps, as well as invent new Mixel tribes of his own. 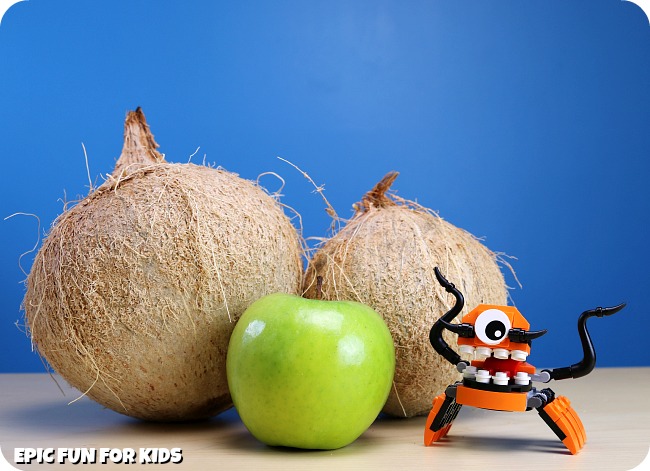 One of the things in the Mixels’ world we think is particularly funny is the mixed-up food that the Mixels love to eat: cookieronis, hamlonga sandwiches, and — as you’ve guessed — coconapples. When we started making fun Mixel foods of our own, one of the first things we wanted to do was a coconapple smoothie. 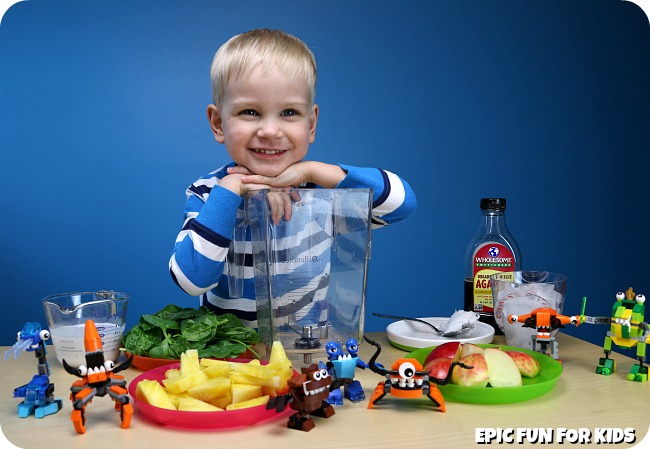 I took some liberties in translating the coconapples — which look like the top halves of green apples stuck onto the bottom halves of coconuts in the cartoons — into smoothie form. In our recipe, the “-apple” half of the word shows up as both apple and pineapple. And as I mentioned above, we used spinach to make the smoothie nice and green like the apple half of a coconapple.

Here’s my son, demonstrating how to make it with some of his Mixel friends — this is a fun way to bring a little play into cooking!

Note: halve the recipe for a smaller blender or fewer smoothie drinkers 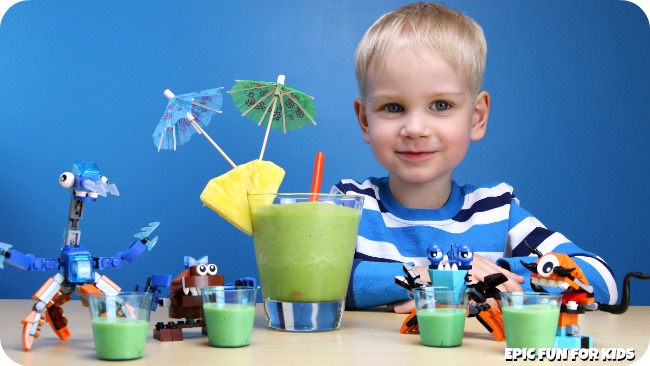 Mixels shown in these photos and the video (click on the photos to see them at Lego.com!):