In honor of Harry Potter and J.K. Rowling’s birthdays, we decided to give butterbeer soda a try! 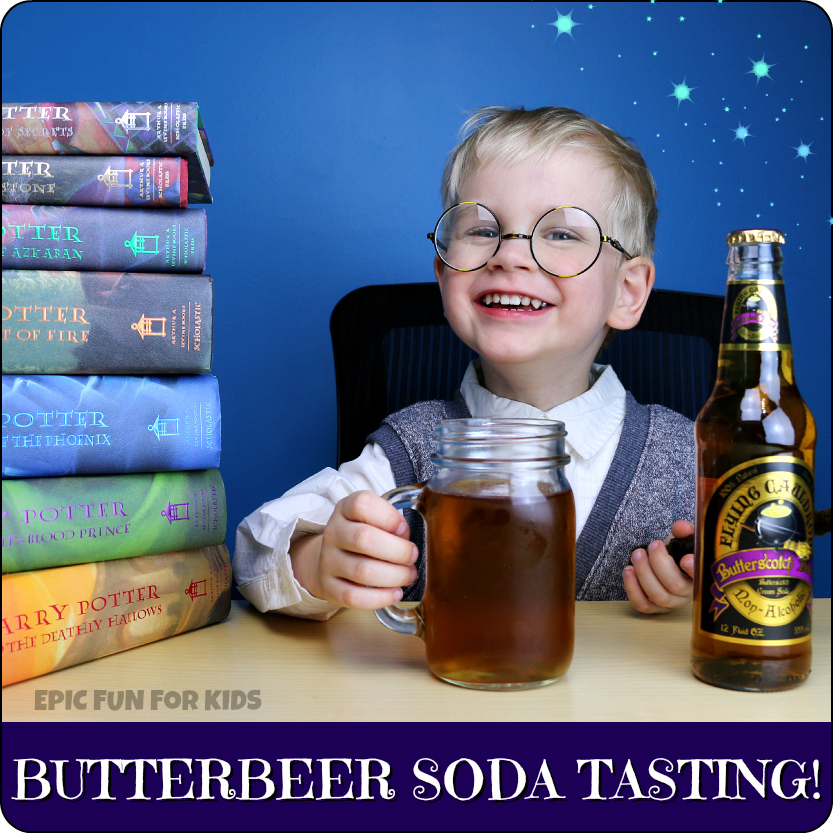 The Flying Cauldron’s Butterscotch Soda is a yummy, non-alcoholic butterbeer-style soda from Reed’s, the company that makes Virgil’s Rootbeer. Plus the text on the packaging is hilarious. It’s the perfect addition to any Harry Potter birthday party! 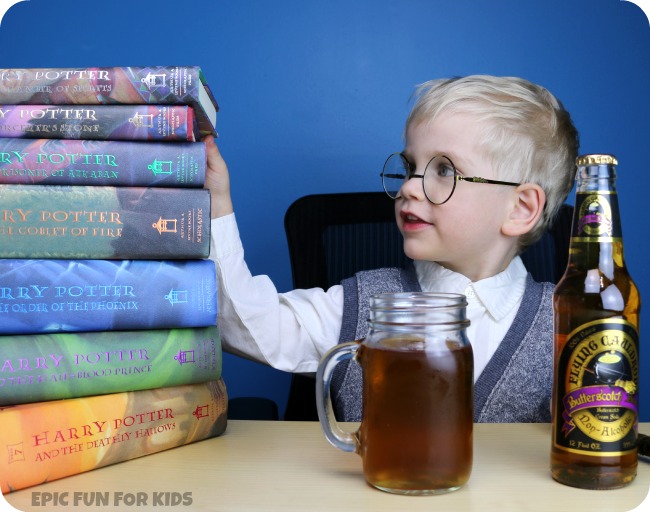 My kiddo is too young for us to read even the first book together yet, outside of a few heavily-edited scenes. But thanks to the Lego Harry Potter line and a lot of questions, it’s been on our pretend play roster for over a year now. Which is very fun for me, because I’ve always been a big Harry Potter fan myself! Although it is tough to have to hold back my explanations because I don’t want to spoil it for him. We’ve had many discussions about what a spoiler is and why he probably wants to avoid them.

We picked up a four-pack of this Butterscotch Beer the last time we were at Whole Foods (you can also buy it online), and Harry Potter’s birthday seemed like a great reason to give it a try. My son thought doing a taste-test video sounded like fun, and so here it goes:

Mind you, that’s only his third sip of soda ever, hence the face! He had more than one sip, so I know that he liked it as well as he could like any strange, new, bubbly thing. 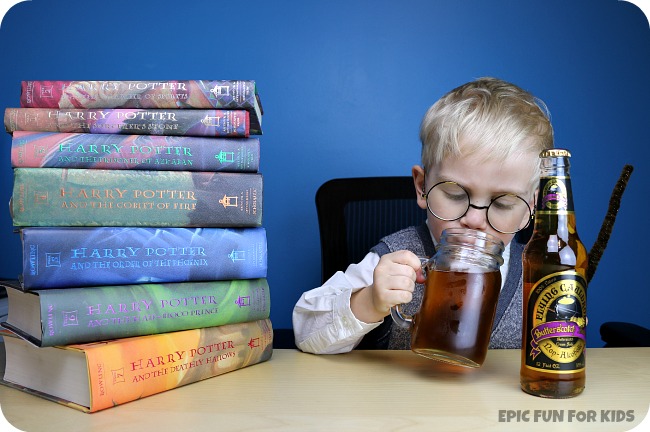 As for me, I have an aversion to butterscotch due to eating an entire bag of the stuff in one sitting when I was kid (I don’t recommend that!), but I actually really liked this soda. It’s not something I’d drink on a regular basis — of course, soda in general isn’t a common thing in our house anymore — but The Flying Cauldron’s Butterscotch Soda will certainly be a part of any Harry Potter birthday parties or other celebrations we have in the future.