Before we went on a real road trip of our own, I thought it would be fun for my son to take some Lego minifigures out on the road and into the great outdoors. 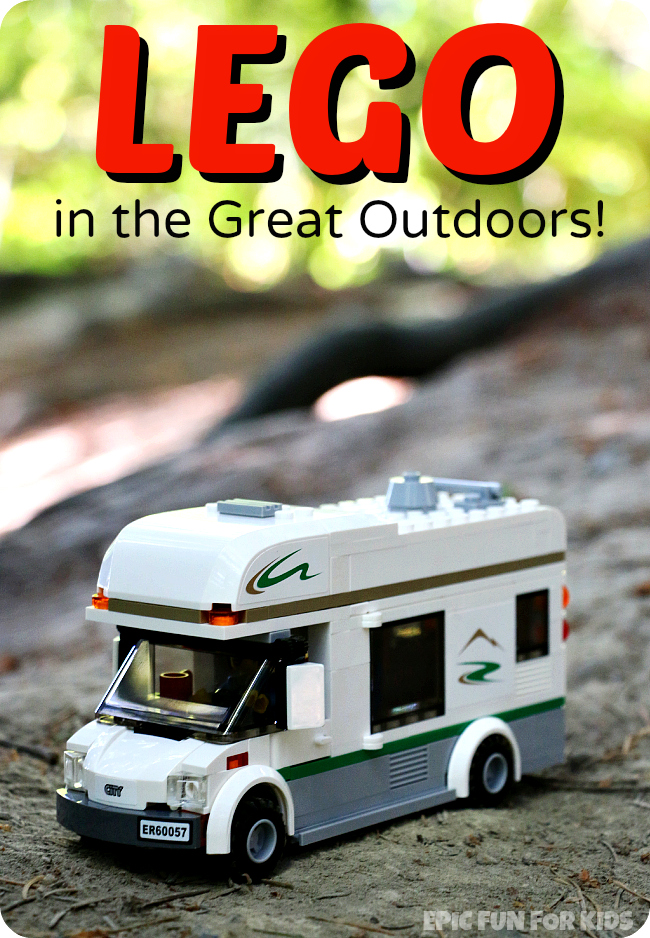 I picked the Lego City Camper Van 60057, both because it looked like a fun summer set and because it seemed like a value. I surprised him with it one day, and of course he wanted to do a video of building it!

The camper van itself is a really cool set. I really liked the look of it, just the perfect translation of a camper van into Lego. It comes with two minifigures, one male and one female, which you can see close up in the video above. Both minifigures have casual, outdoorsy clothing — a great addition to our collection, heavily weighted toward Jedi robes and Clone Trooper armor — and I liked that the female minifig had a short hairstyle.

My son really likes that one whole side of the van opens up on hinges. Inside the camper van, there’s a small table and chair, a bed to sleep in, and a TV built into the wall, which my kiddo informed me was playing a movie with characters from a new pretend LEGO theme that he’d recently invented. 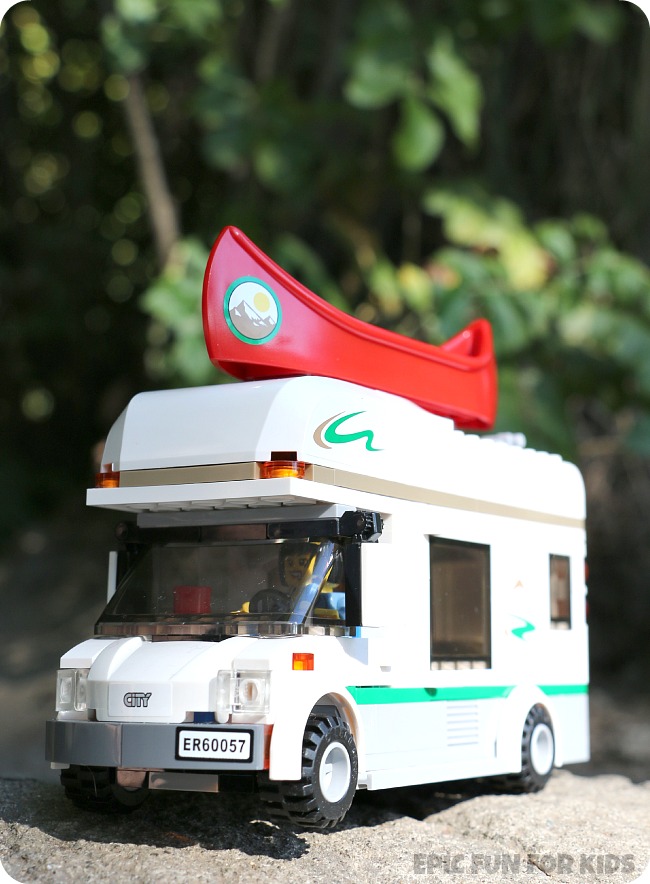 We had fun playing with the camper van at home, mixing it with some other summertime LEGO sets that may show up here before long. We had a lot of LEGO beach barbecues beside this van! But to really give this the feeling of going on a camping trip, I felt we needed to take it for a test drive in the great outdoors.

A LEGO Test Drive in the Great Outdoors 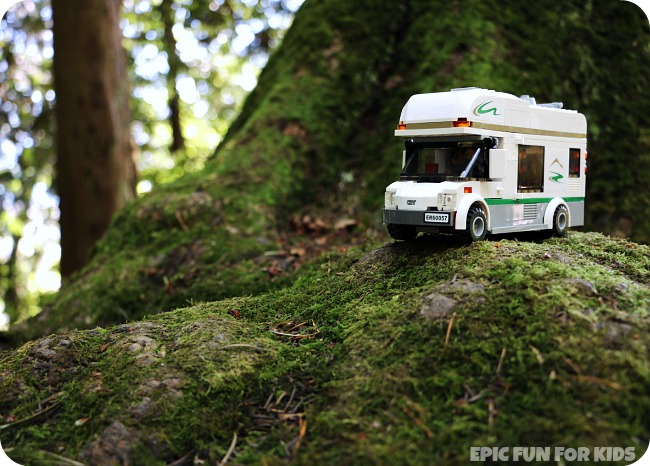 We took the camper van along to a local park we’d never visited before. It was so much fun to watch my son explore the space with the camper van! I took a little bit of video while we were there, so we could show you what it was like.

He rolled it along the pathways and up benches. My favorite part was when he drove it up to the top of a bench and then turned it around, telling me, “There was no parking up there.”

Then I got the idea that we should see if the canoe could float. When we went down to the beach, there was a lazy, shallow stream snaking it’s way to the water. My son really wanted to float the canoe, but he was very afraid of losing it. (He’s been very protective of his LEGO of late.)

So we showed him that if one person stood upstream to release the canoe, and one person stood downstream to catch it, there wasn’t anything to worry about. We gave it a try, and to everyone’s delight, it worked! The canoe floated happily downstream until it finally capsized right in front of the kiddo. We learned that you had to be somewhat careful about putting it in the water because the sides are a little low, and we discovered that two minifigures together weighed too much for the boat to float, but otherwise it worked great. 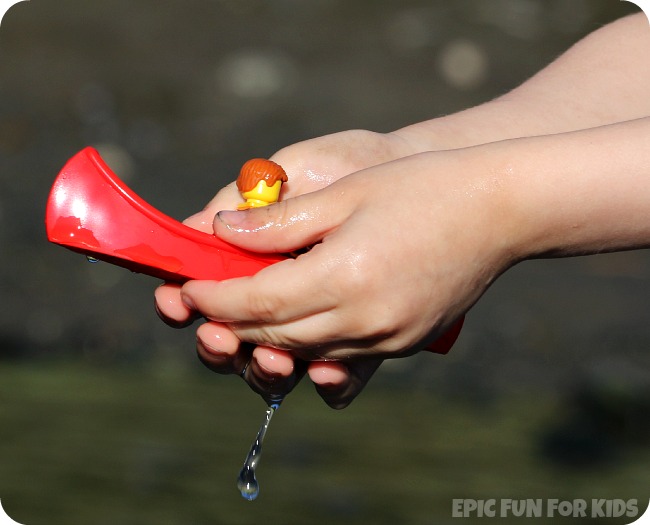 If you watched the video, though, you know there’s some drama coming. My son was so excited that on the third try, he held onto the boat the whole way, walking downstream and skimming it along the surface. Which also would have worked just fine, except somehow he ended up holding onto the minifigure by its head, and at some point…the hair had disappeared!

Then it was chaos — my son crying on the beach, my husband and I frantically searching the stream for the tiny hair piece. Would it sink? Would it float? We weren’t quiet sure. Finally, I ran way downstream and spotted it– thank goodness the male minifigure has bright, reddish hair! It was floating through a deeper portion of the stream, thick with algae along the bank. But it was coming up on a shallower section, and wasn’t floating away too fast, so I knew we had it.

I wasn’t wearing waterproof sandals, so I called for my husband to come over and go in after it once it floated past the algae.

But then, the kiddo spotted it.

Shouting, sobbing, he sprinted for the stream, heedless of our calls to stop because we had a plan — a plan that didn’t involve him getting soaked and covered in algae. He crashed into the water, captured it in his small fist, and lifted it above his head, water streaming down his arm.

“I GOT IT!” he shouted in something that was both a cry of anguish and a cry of triumph at the same time.

After our dramatic experience, I thought I’d share a few lessons I learned from taking the camper van to the park.